Incels, or people who are involuntarily celibate, come in every shape, size, gender, and color, but the ties between “Incel” and “Men” are so interconnected they might as well be the same rope. Incels, while characterized by their inability to form or hold onto romantic or sexual partnerships, are quickly becoming characterized by something much more heinous; misogyny and supremacy.

Incel was originally coined in 1997 by a lesbian woman who blogged about her experiences with celibacy and sexual intimacy, but as the times have changed, so has the definition; once a broad definition that included people who have never dated or those who struggle to establish relationships due forces beyond their control, now, it is defined as anyone who is rejected by those that they are sexually attracted to. Though this definition itself seems open, many online forums for inceldom exclude women and have increasingly oriented to the experiences and perspectives of heterosexual men.

Incel discourse surrounds ideals that there are growing sociocultural issues that contribute to their sexual and/or romantic experiences (or lack thereof); of which some are statistically significant, such as men experiencing an increase in social isolation, and the downward trend of men’s reported sexual activity. Incels are typically part of male-oriented online websites known as “Manospheres”, in which incels are increasingly oriented towards men’s-rights groups, pickup artists, and an anti-feminist agenda. There is a belief among these groups that modern feminism has undermined men’s social roles and thus has created systemic misandry, furthering their platform as victims. These forums are often filled with “Red-Pilled” incels (a reference to The Matrix (1999)), who believe that “accepting the Red Pill” means acknowledging the destructive forces of feminism. There are those who go further and discuss the “Black Pill” which means that these systemic problems seemingly influenced by misandry are past the point of fixing – inferior men have no chance of establishing sexual relationships, thus creating a toxic perception of masculinity and its ties to heterosexual sex.

What does this mean for the rest of us? Well, quite frankly it’s not good. Research has seen an uptick in misogynistic online behavior that is quickly translating to real life. There has been a considerable increase in gender-based “cyberhate,” which includes harassment, degradation, objectification, and the encouragement of violence against women. Women are treated as and idealized to be cold and uncaring “subhuman femoids/females” while simultaneously viewed as sexual commodities-things to be won but are unfairly distributed. Other men are being impacted as well; the idea that there is a hierarchy to masculinity has impacted how masculinity is both perceived and executed, often resulting in bullying, isolation, depression, and violence amidst male-dominated groups.

Incel-terrorism is a rising societal issue, often denoted by widespread harassment, threats of violence, and the creation of manifestos to formalize and propagate hateful ideologies. Incel dogma has also been seen to go hand in hand with mass shootings and actual terrorist recruitment, leading the world to hold its proverbial breath as incel culture grows online with the help of influencers such as Andrew Tate and Ben Shapiro. Vitriolic speeches are being projected across social media to undersupported; lonely young men are propaganda, recruiting them first with the offer of finding love through unconventional means such as “The art of charm” (Pickup artistry), then reinforcing misogynistic messages and eventually spiraling towards racism, antisemitism, and radicalization towards violence. This pipeline can be seen through the recent TikTok conspiracy known as “National Rape Day,” which thankfully turned out to be a hoax trend, as well as the very real “Imagine If We” trend, in which thousands of men depicted their homicidal fantasies or made light of news headlines where men had murdered their significant others. In recent years, incels had acted upon these violent impulses driven by their hatred for women, most notably in 2015 in Isla Vista, CA, when a self-proclaimed incel killed seven, including himself, and injured an additional seven in an attack on women and couples, this attack led to his martyrdom, which has inspired countless incel forums to this day. — Haley Berger 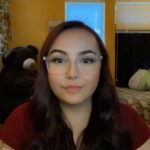 Hobbies: I love to garden during summer but once the weather turns you’ll find me inside with my cat, crocheting or rewatching my favorite comfort movies; Pride and Prejudice and Twilight