DISCLAIMER: The Pacific Index would like to acknowledge that two staff members were interviewed for the story due to their proximity to the events.

While the year had already brought unprecedented events with the ongoing spread of COVID-19 in the United States and around the world, the state of Oregon is now facing another disastrous event with widespread wildfires sweeping across the state in what Governor Kate Brown says may be the greatest loss of property and human life in the state’s history.

On the night of Monday, September 7th, record-high winds, with gusts up to 60-65 miles per hour in some parts of the Portland-Metro area, created dangerous conditions that knocked out power and aided in the start and spread of these rampant fires. The winds continued through the night well into Tuesday, where many Oregonians experienced power outages that lasted throughout the day or even longer.

Many of these power outages were due to downed power lines, trees, and blown generators. Paired with the warm and dry weather the state has been experiencing, the recipe proved disastrous. As of Friday morning, September 11, almost 1 million acres of land have been destroyed, including the towns of Detroit, Blue River, Vida, Phoenix, and Talent. Over 500,000 people have been forced to evacuate their homes.

The “Powerline Fire” near Hagg Lake in Washington County sparked a wildfire close to home for the Pacific campus, and forced Level 3 “GO NOW!” evacuation notices for the neighbouring towns of Gaston and Cherry Grove. The Powerline Fire is estimated to be burning at about 175 acres. Fortunately, according to the undergraduate forum Thursday at noon, the fire is now at least 50% contained, and moving in the opposite direction from the Pacific campus. The evacuation levels for Cherry Grove and the encompassing areas have since been downgraded.

Other areas of the state aren’t as lucky. The entirety of Clackamas County remains in some level of evacuation notice, with over half the county having hit a Level 3 notice to evacuate their homes. Others in the county are on high alert, as experts warn the two massive wildfires that surround the county, the Riverside and Beachie Creek fires, may merge together.

Pacific Index digital editor Bren Swogger received word Thursday afternoon around 1:30 that their hometown, Oregon City, had moved up to a Level 2 “Get Set” evacuation notice. Their bags are packed, and awaiting the “Go Now” order.

“I quickly found as I was packing that when it really comes down to it, the amount of things I really care about is less than I thought,” they said.

“I was at dinner with my family [the night before] and asked ‘What if we have to evacuate? Should I email my teachers just in case?’” said Alexandria. “They were all like, ‘Oh, it’ll be fine. We’re not gonna have to evacuate. That’s not gonna happen to us.’”

At 4:00 in the morning, a pounding at the door awoke notified them that they had hit a Level 3 evacuation notice and had to leave within 15 minutes.

Pacific University President Lesley Hallick sent out a statement to students on Wednesday evening addressing the fires, saying that “while our campuses are safe, wildfires are burning outside each of our communities, from Forest Grove to Eugene. Many of our employees, students and their families, and alumni live in areas under evacuation order or warnings.”

Hallick stated that Pacific is prepared to assist any students or faculty who have been displaced or need assistance. Justin Li, the student support manager for the university, said the first resource for students that are being affected by the wildfires is an emergency fund that they can apply for.

“We’re looking at some more long term things, including ways to sponsor replacing textbooks, and we are also in negotiations with local hotels both here and Eugene for students and families that need to evacuate,” said Li. 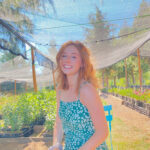