YikYak has had high reports of cyberbullying recently on the Pacific Universities campus.

Over the past year, Yik Yak has returned to campus with a vengeance. Unlike social media platforms like Facebook, Instagram and Tik Tok that create expansive universes connecting friends from coast to coast, Yik Yak focuses micro-communities, with users limited to within five miles; perfect for campuses or, as seems to happen in practice, creating perfect pressure cookers with insults far outweighing information. Adding to the stirring pot, Yik Yak is entirely anonymous, and no one knows who posts what.

The main page drop-down menu on Yik Yak’s official website includes three of the five options mental and physical health warnings and resources, “Community Guardrail,” “Mental Health Resources,” and “Stay Safe Resources.” All three tabs contain information on how to report bullying and harassment on the app, as well as resources to “help” you if you are the victim of bullying. All that should be fair warning that Yik Yak is necessarily here to ask us to join hands and sing kumbaya.

Megan Zirelli, a junior at Pacific University, found out the hard way. She was unaware of a negative Yik Yak post about herself until a friend sent her the screenshotted post before someone removed it. The threads were vulgar and insulting to her.

“I am sure it’s fun to watch other people’s drama play out or be talked about on the app, but I don’t think many people enjoy when their names are brought up,” explained Zirelli.

Yik Yak has emerged as the preferred social media platform for Pacific University students to spread rumors about one another. Since Yik Yak allows for anonymity, many people quickly make hurtful comments because they know no one will find out. Nonetheless, on December 1, 2022, Dean Sara Phillips sent a mass email to the student body about Yik Yak usage and the ability to track comments that could be interpreted as bullying.

“Finally, while Yik Yak gives the impression of anonymity, the app can identify you and your location. Pacific will cooperate with all appropriate authorities should behavior on Yik Yak stray into illegal territory,” wrote Phillips.

Although the advantages of social media are numerous, the benefits can quickly be overshadowed by its negative aspects. With the high number of bullying incidents on YikYak, the app’s beneficial aspect is, at best, debatable.

“I don’t really see a beneficial side to the app within our university,” stated Zirell. “I think YikYak has become a pretty toxic platform that is mainly used to put people down while hiding behind a screen.”

The fundamental problem with Yik Yak is the lack of control over the posted content. With upvotes and downvotes, the app relies on the community to decide and monitor what is acceptable on the platform. If a post receives five downvotes, it is removed from the timeline; however, this does not prevent a nasty comment from being posted in the first place and inflicting harm before being removed.

Katrina Brisbois, a sophomore, believes the app Yik Yak has done more harm than good. Brisbois went on to say that even when a person’s name gets mentioned in a “positive” comment, it is usually a derogatory remark about how attractive they are. Rarely do you see someone complimenting and praising someone on their personality.

“Most of the time, I think it makes students feel bad about themselves,” stated Brisbois. “There’s not a lot of positivity on the platform, and when a name is brought up, it is not normally a positive comment.”

Sydney Burrington, a sophomore, believes Yik Yak makes students feel insecure and afraid of what others might say about them on the platform. Burrington said she has never been personally attacked on the app, but she refuses to use it due to the negative reputation it has earned.

“I think YikYak can make students feel powerless when they are getting publicly talked about anonymously,” explained Burrington. “I think it can also make students feel that it’s acceptable to talk poorly of other students online and spread rumors.”

Launched a decade ago, Yik Yak is not necessarily new. It had quick popularity, but in 2017 the owners of Yik Yak took a four-year hiatus after massive reports of bullying and hate speech drove the app to near obscurity, with a 75% drop in users. But a year ago, in August 2021 after deep-pocketed new owners purchased it and promised a safer environment.

So far, that promise has not played out—at least not for the individuals who have been singled out for hateful and directed comments. But perhaps Yik Yak is not to blame: It is the tool, not the user. And, for a new year resolution, what better way to build a community than using what communication tools we have to form meaningful, constructive relationships rather than playing games of mean-spirited telephone. — Emily Rutkowski 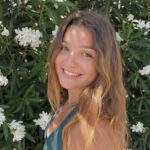