In the 1800s, Pacific University endorsed the Forest Grove Indian School, an off-reservation residential school for Indigenous children, which was located on 23rd Street. The aim of the school was to take children from a variety of reservations in order to separate them from their tribal and familial identities and make it harder for them to run away to their homes.

“The whole point of the school was to assimilate the students forcibly,” said Guggemos.

“I think that if the families or tribes or anyone who has some kind of stakes think that the people who are buried on campus should be removed to another cemetery or to where they were from, I definitely think it’s worth pursuing, ” said senior Isa Menesez.

“I think we need to try and heal the relationship with our past, our present, and the needs of those we hurt: the Indigenous peoples affected by the schools,” said pre-med sophomore Rhiannon Harris.

“I think it’s super important to acknowledge what our part in the Indian School was,” said Jean Garcia-Chitwood, the director of the Student Multicultural Center.

Guggemos believes that the way Pacific University can begin to move forward from its past and commit to being an ally to Indigenous peoples is by making known what happened at the Forest Grove and Chemawa Indian Schools.

“How can we say we’re sorry if we don’t even know what happened?” said Guggemos.

Beyond that, she said that outreach work and getting input from the affected Indigenous communities is necessary to begin to heal the wounds created by the mere existence of the schools. — Kyla Wilson 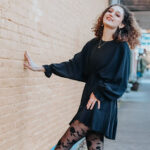 Kyla Wilson (she/they) is a senior Creative Writing major at Pacific University from Caldwell, Idaho. They are the managing editor of the Silk Road Review at Pacific. Kyla’s poetry has been featured in Pacific Literary Undergraduate Magazine.