2020: the neverending roller coaster ride that is notorious for whiplash. While it’s easy to get lost in the events of this year that will be remembered in the history books as mistakes, there are some hidden spots of light in a world that has gone dark.

When the world seemed like it had hit rock bottom for the year, the idea of quarantine became a new normal in early March. However, during the longest spring break in history, many physical aspects of the world continued to progress. For example, “Zoom University” took off as classes began to move online. Zoom’s usage statistics weren’t the only major development to come from the world shutting down. In a time when doing anything besides driving to and from the grocery store is not recommended, the environment tends to have time to breathe with a decrease in vehicle and factory production. According to National Geographic’s Beth Gardiner, this was mainly seen in large cities like Delhi, India, where the air is “…normally choking,” but as a result of the pandemic, improved as “levels of both PM2.5 and the harmful gas nitrogen dioxide fell more than 70 percent.” Seen in multiple areas of the world, a virus that worsens one’s ability to breathe has given the Earth a fresh breath of air.

Not only did quarantine provide substantial developments in the physical world, but it also allowed for a heightened focus on mental health. Being in a house with a majority of one’s family members for a couple of months definitely has its downfalls, but in the end, family time has a certain type of comfort in times of uncertainty. No one will take having toilet paper for granted again, and we can now value the aspects of living a “normal life”.

After continuous disruption to daily life, the light at the end of the tunnel continues to grow brighter as things are slowly returning back to normal. Although life seems to be falling apart around us, there is light in the dark–we just have to look for it. — Chandler Fleming 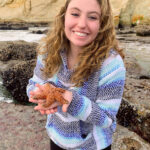