Campus was flooded with testosterone Aug.13 as the Pacific football camp began and the team started looking to their upcoming season.

While the team has become accustomed to the lack of sleep, sweat and hard work that has become their traditional wind-up to school, this year’s camp was charged with a new excitement and energy that has the team ready to take on their season.

The annual camp serves as an avenue for the team to get to know the underclassmen before school begins and focus on goals for the season with no distractions.

Junior quarterback Warner Shaw said the teamwork he has seen so early in camp has both impressed him and motivated him.

It’s been the same routine of multiple daily practices, early mornings and meetings, but Shaw said the feeling of the routine has been different because the morale has been so high.

“I think morale is a lot different than it was our freshman year,” said junior offensive tackle Riley Rankin. “After the season we had last year, if I was a freshman coming in now I would be pretty stoked.”

Shaw and Rankin said when they came in to the program, the team had a record of 1-9. Remembering how fired up he was to win more games, Rankin said he imagines the current freshmen are even more fired up to win and move forward.

“We are just so excited to see what we can do this year,” said Shaw.

On the first night of camp, Shaw said the team all sat down in one of the auditoriums without any of the coaches present. There, the upperclassmen and captains stood in front of the team and took the time to express that they want to build a championship program.

Shaw said he was taken aback by how much the freshmen rallied with the upperclassmen.

“It was so memorable and exciting to see them buy in so early in camp,” he said.

Rankin said that unified dedication carried over into each of the practices and was heartily felt throughout the team.”

Shaw will be taking on a much stronger leadership roll than he has had in the past, being the starting quarterback.

He said that while the expectations can be a little stressful, the three graduating seniors showed him what it will take to be successful.

“The seniors made me ready not only to accept the quarterback position but any position where I’m going to have to take charge and lead by example,” he said.

Rankin said he has the upmost faith in both Shaw and the team and knows that they have what it takes to be more successful than the school has ever seen.

With a new class coming in and the team looking to the future, Shaw said he really wants to remember the class that went out. He said seeing how they went out just pushed their desire to win even further.

“We not only want to bring it home for us, but for them,” he said. “We are basically shooting for the stars.” 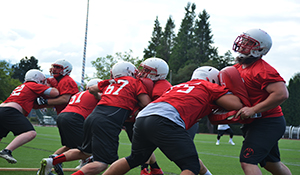 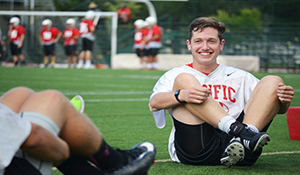 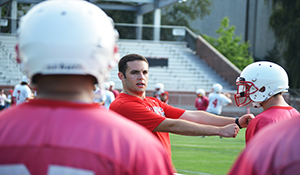 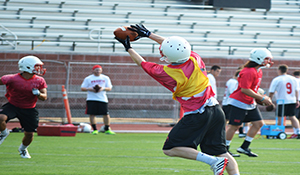